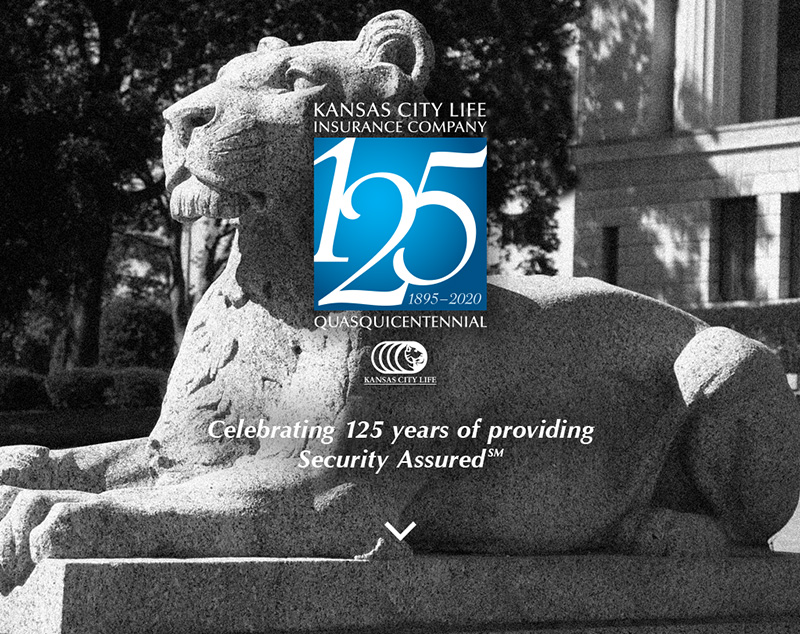 At Kansas City Life Insurance Company, we're proud to insure policyholders from coast to coast. It all began 125 years ago in Kansas City, Mo.

On May 1, 1895, Major William Warner, J.H. North and S.E. Rumble became the founding president, vice president and secretary, respectively, of Kansas City Life. At the time, life insurance was still a relatively new concept, but the founders were so convinced of the soundness of their plan, these three officers and the six board members initially drew no salary.

After four years as president, Major Warner went on to become a U.S. senator and was succeeded by H.S. Halbert. After two rather brief presidencies, Joseph B. Reynolds was elected president of Kansas City Life on July 29, 1904, and Kansas City Life settled in for 33 years of consistent leadership. Under Reynolds' presidency, the Company experienced tremendous growth with insurance in force increasing by more than a hundredfold. The Company also moved into the iconic Home Office in the midtown area of Kansas City in 1924, where the Company is still housed. J.B. Reynolds began a legacy of family tradition.

In 1939, Walter E. Bixby, “Ed”, became president. Under his strong leadership for the next 25 years, the Company enjoyed a steady rate of growth. Ed's eldest son, Joseph R. Bixby, succeeded him in 1964. Next, Joseph's brother Walter E. Bixby Jr., “Walt”, stepped into the role in 1990. In 1998, Walt's eldest son, R. Philip Bixby, “Phil”, became the fourth Bixby to lead the Company. He holds this position today and is also chairman of the board. His brother, Walter E. Bixby III, “Web”, serves as executive vice president and vice chairman of the board. Phil and Web are the great-grandsons of Joseph B. Reynolds.

What Kansas City Life has built is a foundation of strength and stability. For 125 years we've operated on a tradition of honesty, integrity and sound business practices. We're committed to providing Security Assured to our policyholders and agencies, and have partnerships that span generations. Our dedication is what separates us from others in the industry. It's what makes us Kansas City Life. 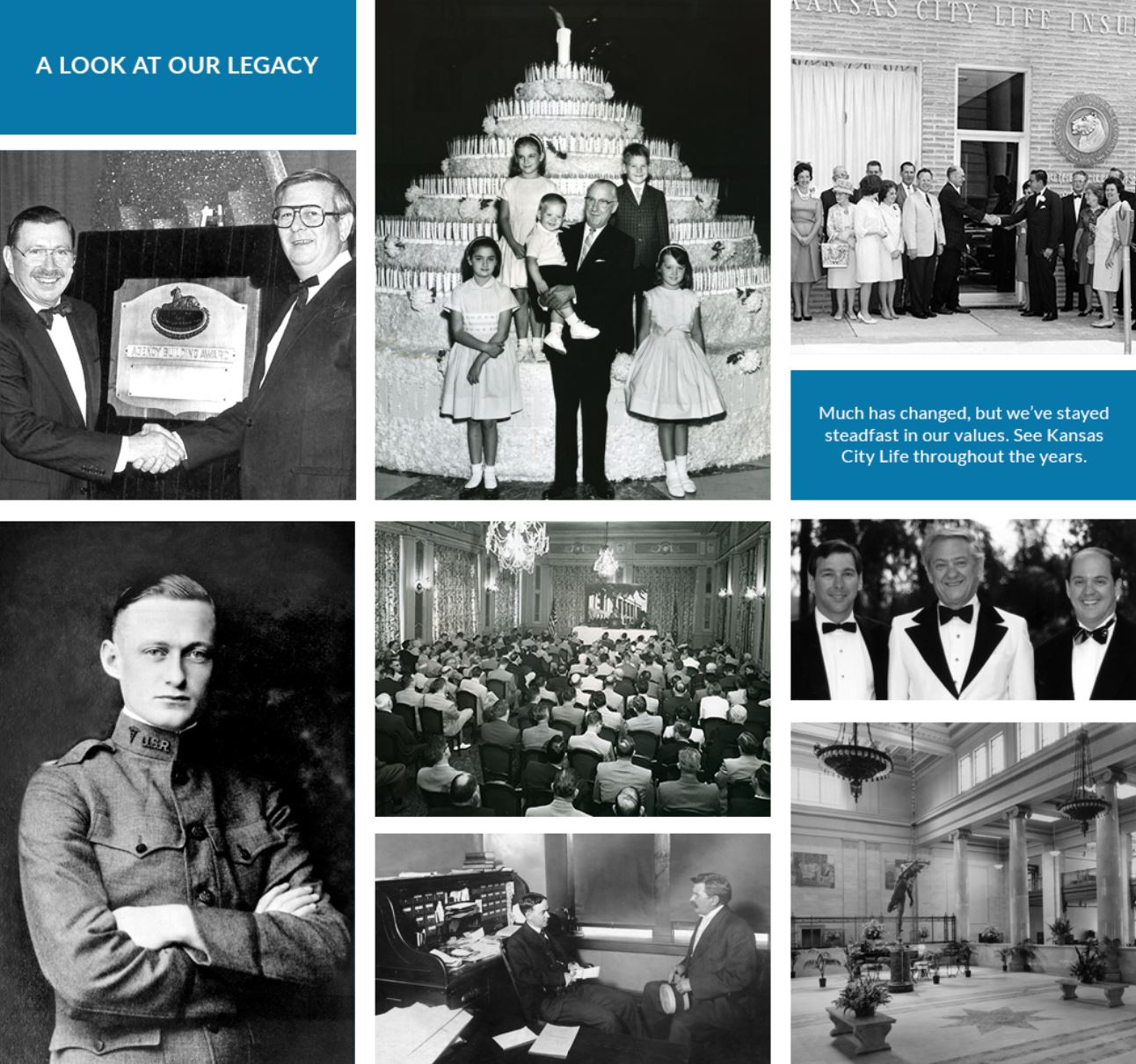 Health and safety as our No. 1 priority

In the face of the COVID-19 public health crisis, Kansas City Life Insurance Company continues to take the necessary steps to ensure the health and safety of our policyholders, life insurance agents, associates and community. Throughout the last few weeks and in the weeks ahead, this will remain our No. 1 priority as we navigate this unprecedented situation.

During this time, Kansas City Life remains open for business as an “Essential Business,” here to serve our policyholders and continue to offer financial protection. While we stay open, Kansas City Life is committed to doing what is right in the interest of the health of our communities and we have taken steps to reduce the spread of this virus. We are encouraging social distancing on a large scale by reducing face-to-face interactions between agents and policyholders, and throughout the company with many of our associates who are working remotely. We have also suspended all non-essential travel and are restricting outside visits to our home offices.

During times of hardship and uncertainty, Kansas City Life Insurance Company has always stood strong. Since 1895, we have assisted policyholders through the Spanish Flu, world wars, the Great Depression and various periods of recession and inflation. Built on integrity, sound investment strategies and honest business practices throughout the last 125 years, Kansas City Life is committed to the promise of Security Assured, now and in the weeks, months and years to come.

During these unprecedented times, Kansas City Life Insurance Company continues to provide Security Assured to our policyowners. We understand that due to COVID-19, making a premium payment in the immediate future may be difficult for some. Kansas City Life responded by suspending policy terminations for lack of premium payment through June 15, 2020. Policy terminations will be suspended longer for residents of certain states (CA, NJ, OR, and NY) to comply with state-mandated extensions.

We have reached the end of our suspension period with the exception of the states noted above with mandated extensions. Policies that have not paid the required premium will now be allowed to terminate. Please contact our office at 800-821-6164, ext. 8060, by July 1, 2020, to discuss the options available for a policy that has terminated.